“But perhaps the most important lesson I learned is that there are no walls between humans and the elephants except those that we put up ourselves, and that until we allow not only elephants, but all living creatures their place in the sun, we can never be whole ourselves.”
― Lawrence Anthony, The Elephant Whisperer

Here’s looking at you!

Amboseli National Park in southern Kenya boasts the best opportunity in Africa to see free ranging elephants up close and personal.  Home to approximately 1,000 elephants, the park’s dusty savannahs draw thousands of visitors annually. And although the park contains its share of lions, cheetahs, cape buffalos and other prominent wildlife species, most visitors come to Amboseli to see the elephants against the backdrop of Mt. Kilimanjaro which overlooks the park from nearby Tanzania. 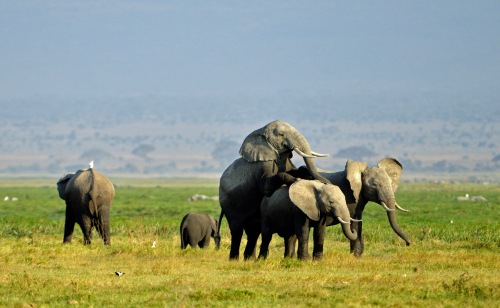 Elephants are social creatures who organize themselves into matriarchal herds usually led by the oldest and largest female. Herds range in size with the largest herds containing up to 50 elephants.

Heading for the Swamp

Most elephants in Amboseli spend their nights in the forests at the base of Kilimanjaro and spend their days in the swamps eating up to 300 lbs. of vegetation. Visitors to the park seek out the long lines of elephants as they make their way to and from the swampy eating and drinking sites and delight in seeing the tiny elephant calves walking among the hulking adults.

One of the most startling and unexpected observations one makes from seeing elephants in the wild for a few days is the amount of “personality” exhibited by the pachyderms both as individuals and in groups. In the same sense that one envisions teenage boys roughhousing and wrestling with one another….so did we witness young male elephants roughhousing and pushing each other around. We also saw the tenderness and affection displayed by mothers toward their offspring that one commonly sees in humans and other animal species.

Unfortunately the demand for ivory as a status symbol in China (and to a lesser extent other countries in Asia) has caused catastrophic elephant poaching in Africa. According to a recently published study by the National Academy of Sciences, 100,000 African elephants were killed from 2010 – 2012 and Central Africa lost 64% of its elephants in a decade. Remediation efforts are uneven, particularly in the more strife ridden areas of the continent, but countries like Kenya have enacted strict laws and rigorous enforcement policies to combat the problem. Hopefully this and education efforts in Asia will begin to curb the killing.  Otherwise, at the current rate of population loss and as hard as it may be to contemplate, experts estimate that elephants will disappear from Africa in 10 years.

Getting a Trunk Up 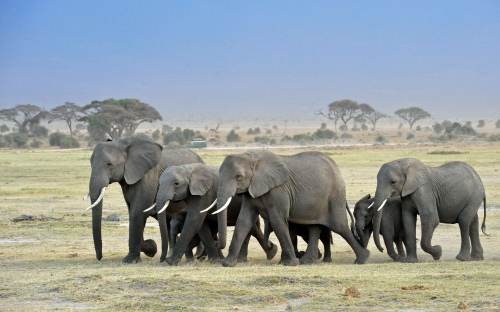 Although elephants are surely the prime attraction in Amboseli, other animals and the spectacular African sunrises and sunsets are not far behind. I love this image because it captures so many special elements of being in Africa…the wonderful sunrises and sunsets, the beautiful Acacia trees that dot the landscape and of course the zebras ambling across the savannah. I went to Africa with the irrepressible professional photographer Piper Mackay, whose passion for Africa is boundless. She urged us to take advantage of the dusty Amboseli conditions to make images with drama and character by allowing the backlit sun to light up the dust. She was so right!

The back lit sun adds so much flow and perspective to the above three images. Thanks, Piper.

No post about Amboseli would be complete without a shot of wildlife under the gaze of Africa’s greatest mountain (and also the world’s tallest freestanding mountain). 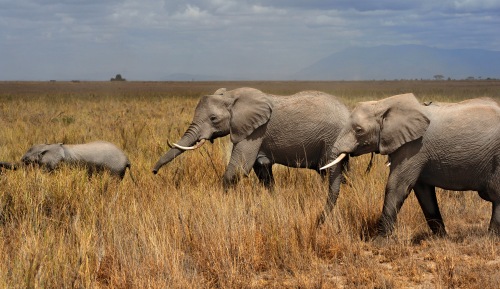