How do you pronounce Newfoundland?

I frequently daydream about new adventures and places to visit. And in these wandering around (mostly in my car) daydreams they are always places that are a bit untrod, underexplored, a bit unknown, possessing untouristed natural splendor, sport a vibe that has not quite caught up to our 24 hour a day news cycle, and have the ability to expand what I think I know about the world.

Of course on a more fundamental level it always helps if they are economic and easy to get to. So I was thinking Canada…..so near and the Looney so weak against the Dollar. So I’m thinking Nova Scotia and then I read about the new spectacular world rated golf course built on the Cabot Trail. Once you are at an airport and the baggage claim people are unloading hoards of golf travel bags…..you are no longer at a place “a bit unknown”.

That’s how I spotted Newfoundland…..further north of the more popular Atlantic provinces and I knew hardly anything about it….perfect! 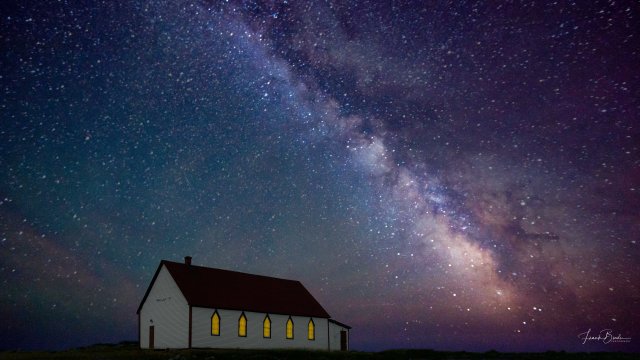 Having pronounced Newfoundland…NEW-fund-lund all my life but being uncertain about it, I asked our car rental clerk how to pronounce the province’s name.  Here it is from a native……New-fa-LAND. 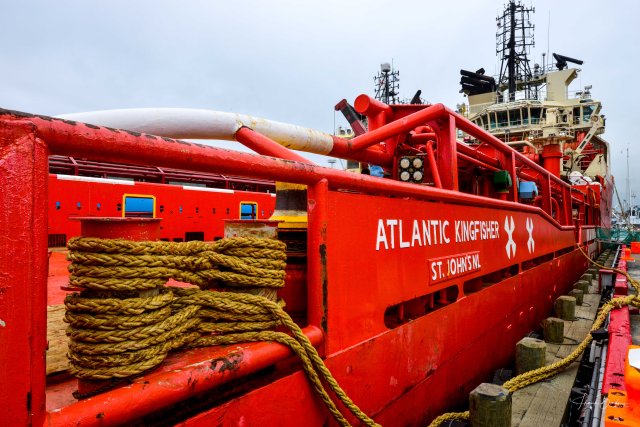 St John’s, Newfoundland’s capital, is a vibrant small city boasting a large protected harbor filled with all kinds of shipping much of which resembled the Atlantic Kingfisher. St John’s size and Newfoundland’s population seemed inconsistent with the substantial amount of shipping capacity and logistics at the port. It turns out that much of this capacity is there to service the oil drilling platforms sitting out in the Atlantic off the eastern coast of Newfoundland.

The city of approximately 100,000 people, sports several long residential thoroughfares on which the row houses are painted very bright colors. 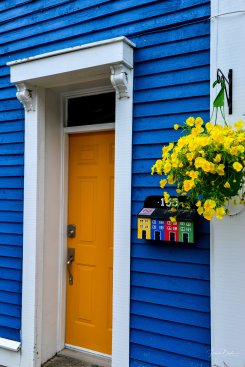 Many of these homes have riotous displays of color in planters and hanging baskets. You’ll notice the mailbox design showing off the Jelly Bean coloring of the homes. Because of restrictive fishing regulations on fish and catch sizes, the industry in Newfoundland is substantially smaller than in previous decades. Cod is still a prized catch and served in every restaurant in town in virtually every preparation imaginable. Fisherman are concentrating on the ocean species that are still abundant and have commercial appeal…..Snow Crabs are a huge harvest.

Showing off a Snow Crab

Cape Spear is the easternmost point in North America. The above image is the old de-commissioned lighthouse with the tip of new lighthouse seen in the distance.

One of the many reasons for visiting Newfoundland are the nature and ecological reserves. On the day we arrived at the Cape St. Marys Ecological reserve the jutting cliffs visible in the above image hosted over 400,000 birds, the large majority being Northern Gannets. If you look closely you can see some of the 5,000 birds in flight over the reserve. 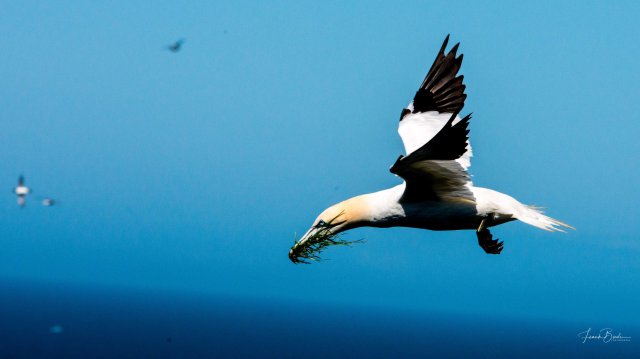 The local ranger told us that there were over 60,000 nesting pairs of Gannets who built their nests with ample supplies of the local grasses. These birds are adept fishers and circle above the water until they spy prey and then dive at a high rate of speed (up to 60 mph) to capture their lunch. 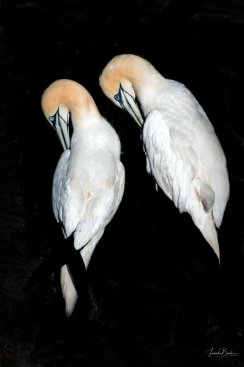 Gannets are monogamous. After raising a single offspring, they will part until the next mating season and then re-connect to raise another chick.

A number of other avian species reside at the Reserve and raise chicks during mating season. 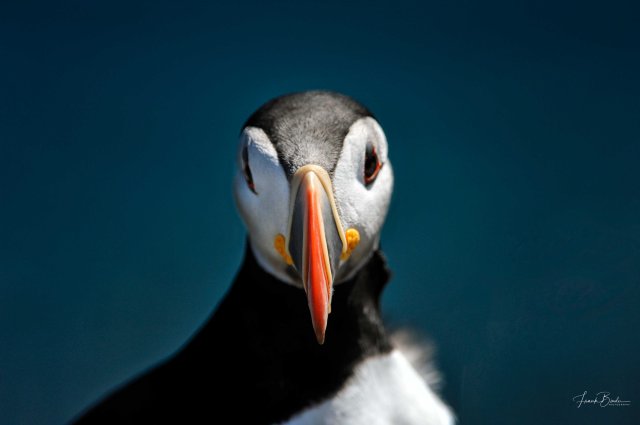 One of the major photographic pursuits in Newfoundland is photographing Atlantic Puffins and you can see why from the above image. They are impossibly adorable! Because they usually reside on islands, photographing them from a distance can be a challenge and one needs really big lenses. However, patience is a key virtue because if you sit quietly in the viewing areas, they will come visit you…..at one point as I was sitting quietly one landed less than a foot away from me…..amazingly… too close to focus with my big lens. 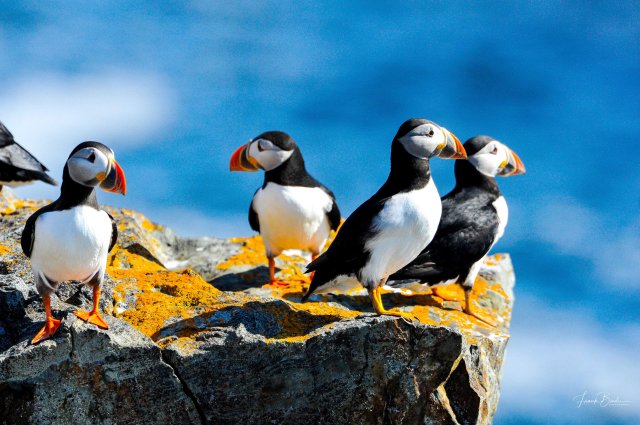 And once one of them lands, it signals to others that this is a safe landing area and many of them will follow. At one point there were 25 of them all within 20 ft. Only 10 inches tall, they are endlessly fascinating.

Thank you for reading my latest blog entry. If you thought it was worthy of your time and you hadn’t already done so, please take the opportunity to subscribe by clicking the “Follow” button in the middle of the right side of this page. You will receive an email asking you to confirm your subscription. Also, you can share this blog entry on your Facebook page by clicking the share button below or you can email it to folks by clicking on the “Email” button.

4 Responses to How do you pronounce Newfoundland?